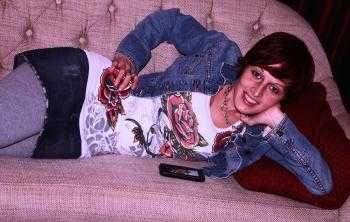 I've made these twice because a bag of pears got pushed to the back of the fridge and forgotten about. So I went to Pinterest for inspiration and came up with these. They are such a lovely afternoon snack or dessert. They aren't too sweet and have a little crunch with the pecans on top. A bit of honey adds a nice touch of sweetness and a sprinkle of cinnamon brings it all together.

You could do it with apples too, I'd guess. You can also use any nuts you had on hand or use maple syrup for the sweetener. Simple ingredients, quick, and easy to make.

Pears (I used five pears, cause that's what fit in my pan)

Raw Honey (about a tbsp and 1/2, but more or less to your liking)

A nice pan with sides to catch any drippings.

A cutting board, a sharp knife, a spoon, and a small bowl.

Slice the pears in half the long way.

Scoop out the core and the stems.

Slice a small bit off the back of each pear so it lays flat in the pan and doesn't tip over in the pan.

Drizzle a touch of honey and sprinkle cinnamon on each pear.

Put in the oven and cook for 15 minutes.

Chop up the pecans or whatever variety of nuts you are using and put them in the bowl with the honey and cinnamon and mix together.

Take out and spread each pear with an even amount of nut mixture.

Put back in the oven for another 10 mins.

Check for softness to your liking.

Let them cool and enjoy.

Store in a sealed container.

Welcome to Fit Checklist - We strive to share information on health, wellness and fitness in an easily digestable format. Watch some of our recommended videos, delicious and nutritious recipes or sign up and share your own.

All of the information provided on this website is strictly informational and should not be considered medical advice.

Fit Checklist respects the rights of copyright owners and is registered with the US Copyright Office. If you see content that you would like to report, please contact us and let is know.